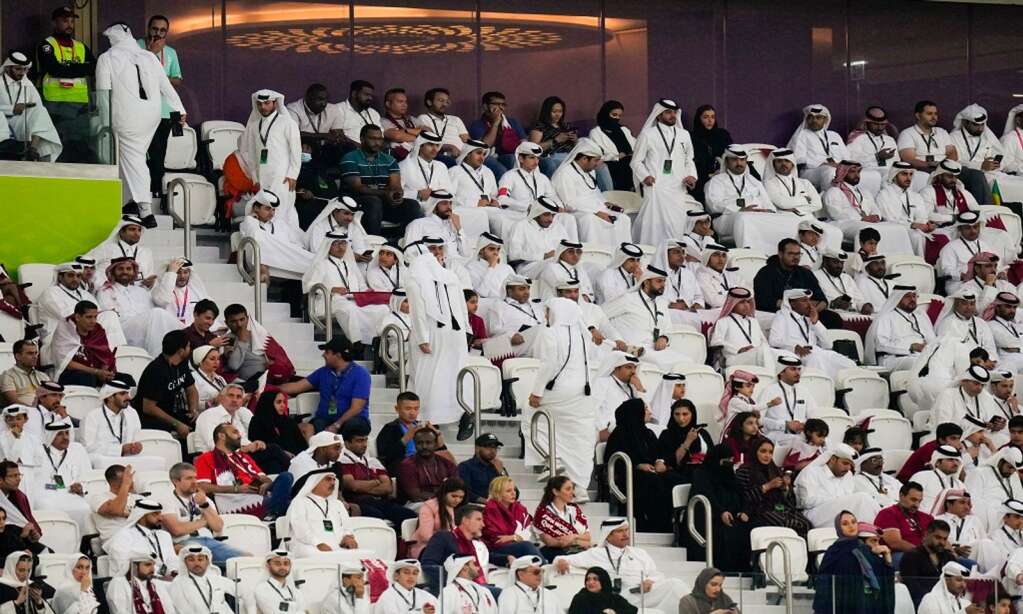 DOHA, Qatar, (AFP) – Proudly Muslim Qatar has used the World Cup to appeal to hundreds of thousands of visitors to change their minds about Islam or even convert.

The Gulf emirate is the first Muslim nation to host a soccer World Cup, and its gas wealth has gifted it with a number of grand mosques that have piqued the curiosity of visitors.

Canadian couple Dorinel and Clara Popa hear the call to prayer at an Ottoman-style mosque in Doha’s Katara cultural district.

It is known as the Blue Mosque of Doha because of the sumptuous mosaics of blue and purple tiles on the walls. The guide took the pair on a tour of the elaborate interior, dominated by a giant chandelier.

Also Read :  $5,000 Invested in These Growth Stocks Could Make You Rich Over the Next 10 Years

Dorinel Popa, a 54-year-old accountant, said the couple looked into Islam for the first time.

“We have prejudices against culture and people,” he said, because we haven’t been exposed to others.

“We have some ideas in our heads and now maybe some will change,” added his wife, a 52-year-old doctor.

The Qatar Visiting Center, which oversees the Blue Mosque, brought dozens of Muslim preachers from around the world to Qatar for the tournament.

Outside the mosque are pamphlets in various languages ​​explaining Islam and the Prophet Muhammad, along with Arabic coffee and dates.

Syrian volunteer Ziad Fateh said the World Cup was “an opportunity to introduce Islam to millions” and change “misconceptions” about the religion that many in the West associate with radicalism.

“We explain to people more about ethics, the importance of family ties and respect for neighbors and non-Muslims,” ​​he added.

Near the mosque, volunteers managed to set up a table aimed at visiting women with the sign: “Ask me about Qatar.”

It also offers Arabic coffee to those who stop by.

Palestinian volunteer Somaya said most of the questions were about “the veil, polygamy and whether women are oppressed in Islam.”

Qatar’s record on women’s and LGBTQ rights has been heavily scrutinized in the context of the FIFA World Cup.

Nearby, visitors can watch a five-minute tour of Islam in virtual reality.

Also Read :  Outlook on the Virtual Reality in Healthcare Global Market to 2030

The campaign is running across Qatar.

In the Pearl district, where many expats live and frequent its expensive cafes and restaurants, murals have been painted with quotes from the Prophet Muhammad that encourage good morals.

There are advertisements promoting Islam in luxury shopping malls.

At the Souq Waqif market, where thousands of fans gather every day, free books and pamphlets are left in one aisle with a sign reading: “If you seek happiness… you will find (it) in Islam.”

Near the Souq, the Sheikh Abdulla bin Zaid Islamic Cultural Center is open 12 hours a day for tours.

Some Muslim leaders in Qatar have called for efforts to convert visiting football fans to Islam.