Ukrainian forces pushing an offensive in the south have focused on Kherson, a provincial capital that has been under Russian control since the early days of the invasion.

The possible fall of the city would be another humiliation for Moscow after a series of battlefield defeats and other setbacks, further cornering Russian President Vladimir Putin and setting the stage for a potential escalation of the nearly 8-month war.

A look at Kherson’s military and political importance:

Why is this city a prize?

Kherson, which had a pre-war population of 280,000, is the only regional capital to be captured by Russian forces.

The city and surrounding areas fell into Moscow’s hands in the early days of the conflict, as Russian troops quickly advanced into northern Crimea – the region illegally annexed by the Kremlin in 2014.

Its loss was a major blow to Ukraine because of its location on the Dnieper River, near the mouth of the Black Sea, and its role as an important industrial center.

Ukrainian resistance fighters have been challenging Russian troops for control of the city ever since, with acts of sabotage and assassinations of Moscow-appointed officials.

Kherson is also at a point where Ukraine can cut off fresh water from the Dnieper to Crimea.

Kyiv blocked these vital supplies after the annexation of the Crimean Peninsula, and Putin mentioned the need to restore them as one of the reasons behind his decision to invade. 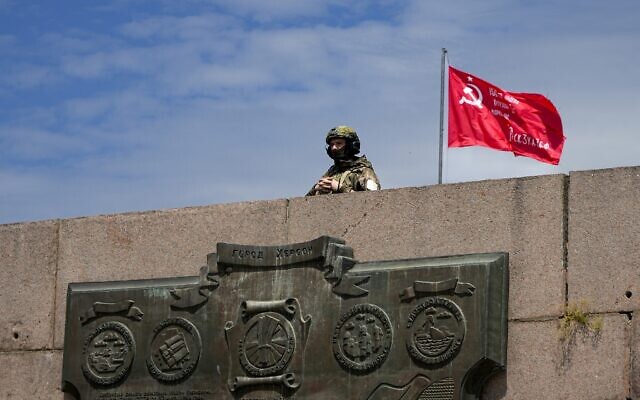 A Russian soldier guards an area in the Alley of Glory hero exploits – natives of the Kherson region, who participated in the liberation of the region from the Nazi invaders, in Kherson, Kherson region, southern Ukraine, May 20, 2022. (AP Photo, Archive)

Over the summer, Ukrainian troops launched relentless attacks to reclaim parts of the province, also called Kherson and one of four regions Russia illegally annexed after fake referendums last month.

Ukraine used US-supplied HIMARS rocket launchers to repeatedly hit a major bridge on the Dnieper at Kherson and a large upstream dam also used as a crossing point.

The attacks forced Russia to rely on pontoons and ferries, also targeted by Ukraine.

This disrupts Kherson’s supply links and the group of Russian forces on the west bank of the Dnieper and makes them vulnerable to siege.

The shortage was exacerbated after a truck bomb on October 8 blew up part of the strategic Kerch Bridge linking the Russian mainland with Crimea, which served as a major supply hub for Russian forces in the south.

What was Russia’s response?

Putin blamed the Kerch Bridge attack on Ukraine’s military intelligence and responded by ordering a bombing of energy infrastructure across Ukraine.

He also declared martial law in Kherson and the other three annexed regions in an attempt to consolidate Moscow’s dominance. 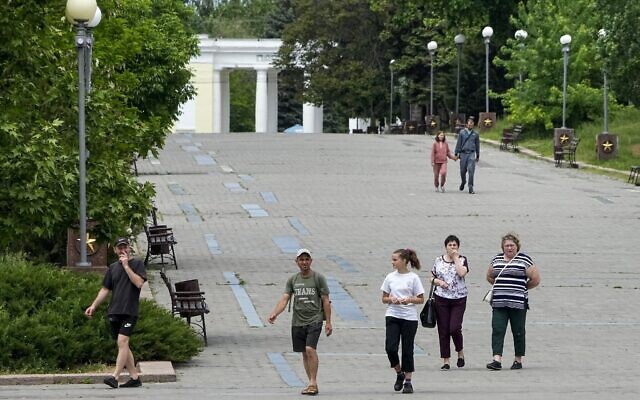 Locals walk along the Alley of Glory feats of heroes – natives of the Kherson region, who participated in the liberation of the region from the Nazi invaders, in downtown Kherson, Kherson region, southern Ukraine, May 20, 2022. (AP Photo, Archive)

But as Ukrainian forces doggedly pressed their offensive southwest along the Dnieper, Russian troops have found it increasingly difficult to contain their advance.

General Sergei Surovikin, the newly appointed Russian commander in Ukraine, appeared to set the stage for a possible Kherson withdrawal, acknowledging that the situation in the region was “quite difficult” for Moscow and noting that the combat situation was still evolving.

Russian officials, who initially ruled out evacuating the city, changed course dramatically this week, warning that Kherson could face massive Ukrainian bombing and encouraging residents to leave — but only to Russian-controlled areas.

The Kremlin-based regional administration added a note of urgency on Saturday, saying all civilians must leave immediately “because of the tense situation at the front, an increased danger of massive bombing of the city and the threat of terrorist attacks”. 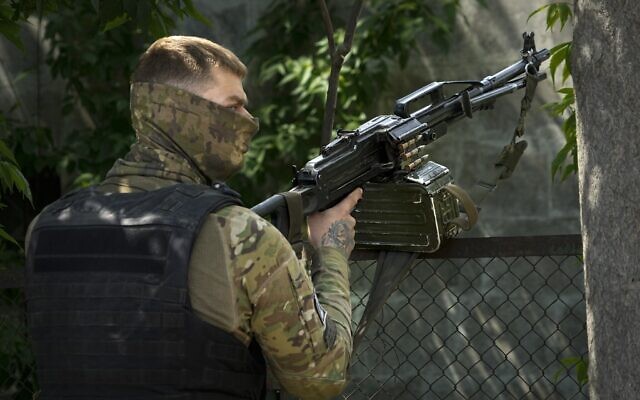 Authorities said about 25,000 people had left as of Saturday. Officials from the Moscow-appointed regional administration also retreated, along with other civil servants.

Moscow has warned that Ukraine could try to attack the Kakhovka hydroelectric dam, some 50 kilometers upstream, and flood wide areas, including the city of Kherson.

Ukraine denies this and in turn has accused Russia of planning to blow it up to cause catastrophic flooding before its withdrawal.

Ukrainian President Volodymyr Zelensky claimed that the dam has already been mined by Russia and urged world leaders to make it clear to the Kremlin that blowing it up “would mean exactly the same as the use of weapons of mass destruction”. 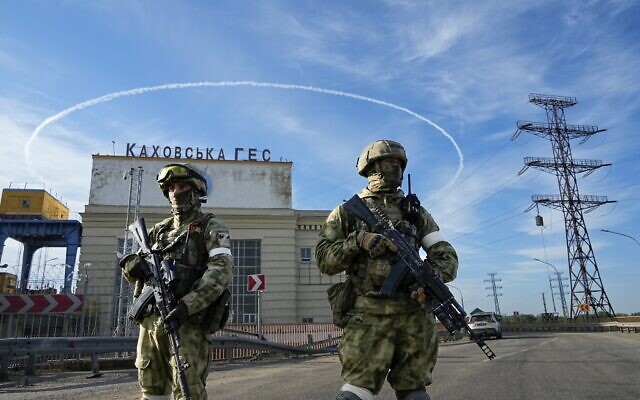 What would it mean to lose Kherson to Russia?

A withdrawal from Kherson and other areas on the west bank of the Dnieper would destroy Russian hopes of pressing an offensive west of Mykolaiv and Odesa to cut off Ukraine’s access to the Black Sea.

Such a move would be a devastating blow to its economy.

It would also allow Moscow to build a land corridor to the breakaway Transnistria region of Moldova, which is home to a major Russian military base.

“The loss of Kherson will turn all dreams of the Kremlin south to dust,” said Ukrainian military analyst Oleh Zhdanov.

“Kherson is a key to the entire southern region, which would allow Ukraine to target key supply routes for Russian forces. The Russians will try to maintain control using all means.”

For Ukraine, Kherson’s capture would set the stage for the recovery of the Russian part of the Zaporizhzhia region and other areas in the south, and eventually back to Crimea.

“Ukraine just needs to wait until Kherson falls into their hands like a ripe apple, because the situation with supplies for the Russian forces group continues to worsen every day,” Zhdanov said. 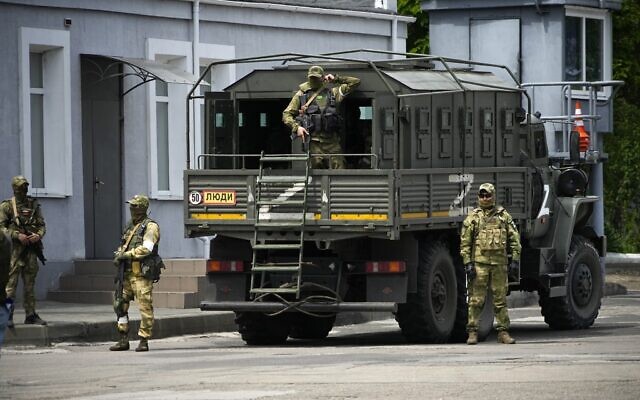 Ukraine hopes to quickly double the number of US-supplied HIMARS rocket launchers that can hit targets 80 kilometers away with deadly accuracy, he said.

Regaining control of Kherson would also mean that Kyiv could once again cut off water to the Crimea.

“After the eviction of Kherson, the Russians will again have problems with fresh water in Crimea,” added Zhdanov.

He said Putin could up the ante if he faced losing Kherson. 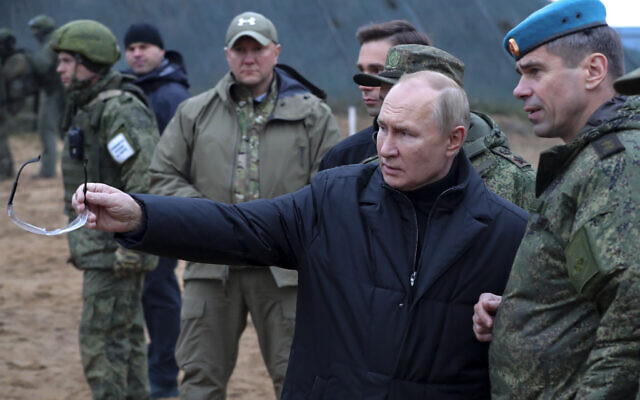 “The Russians would be ready to wipe Kherson off the face of the Earth instead of handing him over to Ukraine,” Zhdanov said.

Destroying the dam to cause massive flooding in the predominantly flat area would be one way for Moscow to do that.

“The Russians want to show that a Ukrainian counter-offensive will face a tough response from the Kremlin, which has declared the region part of Russia, and it’s scary to even think what that response could be,” Zhdanov added.

Volodymyr Fesenko, head of the Kyiv-based independent think tank Penta Center, noted that controlling the Kherson region and other southern areas was a grand prize for Russia and its loss would have painful consequences for Putin at home and abroad. 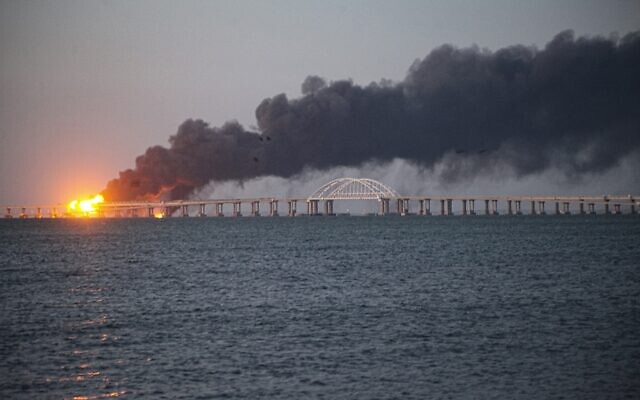 Flames and smoke rise from the Crimean Bridge connecting the Russian mainland and the Crimean Peninsula over the Kerch Strait in Kerch, Crimea, Oct 8, 2022. (AP Photo, File)

“If the Russians leave Kherson, the Kremlin will face another wave of fierce criticism of the military command and the authorities in general from ultra-patriotic circles,” Fesenko said, adding that the city’s fall would further demoralize the military and possibly fuel opposition to the effort. of mobilization.

He also said China and India. who are carefully watching Russia’s action in Ukraine will see Kherson’s fall as a sign of the Kremlin’s weakness.

“Putin will face reputational losses not only within the country, but also in the eyes of China, and that could be particularly dangerous for the Kremlin,” Fesenko said.