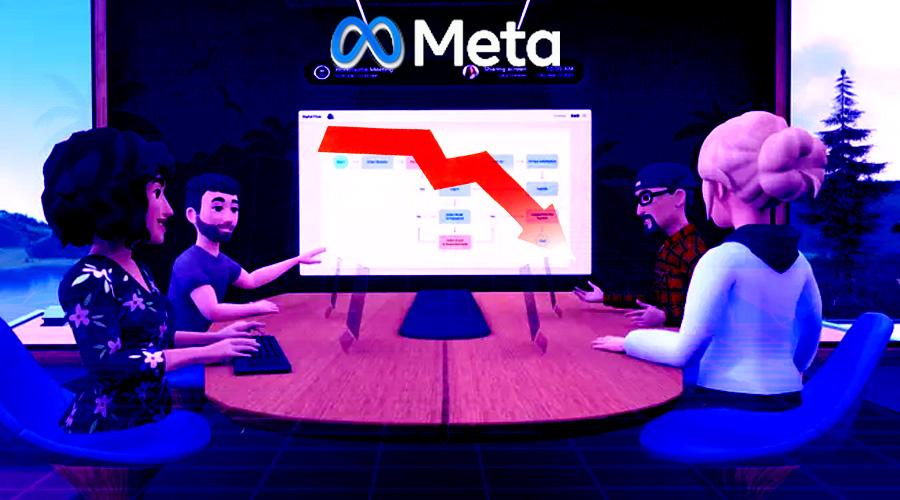 With a loss of $3.7 billion in the third quarter, Meta posted another billion-dollar loss on its metaverse projects.

Reality Labs, the division of Meta that oversees augmented and virtual reality operations, lost $3.7 billion in the third quarter.

The shortfall is due to the significant costs Meta is incurring to meet CEO Mark Zuckerberg’s metaversion goal.

Meta has spent twice as much this year as it did last year, and 2022 is still one quarter away.

Meta’s Reality Labs division received several billion of those funds, although it only generated $285 million in revenue.

Also Read :  This $20,000 Package Lets You Fly From NYC to Miami on Your Own Private Jet

The losses won’t stop there, either, as Meta expects even bigger operating losses in 2023.

Investors in Meta have urged the corporation to reduce spending on metaverse projects, but Zuckerberg says that would be a “mistake”:

“Many people might object to this investment. But from what I can tell, it will be key, and it would be a mistake not to focus on any of these issues that will be crucial for the future.

Zuckerberg adds that losses will increase in 2023, but he is still optimistic that the investment will be profitable:

Also Read :  Big Eyes Coin Generates $500,000 In One Day! Do NFT-Based Cryptocurrencies Like Decentraland And The Sandbox Need To Watch Their Back?

“We expect Reality Labs’ operating losses to worsen significantly year over year in 2023. After 2023, we want to accelerate Reality Labs’ investments so that we can finally realize our long-term goal of increasing the operating profitability of the entire organization.

Zuckerberg’s decision to expand spending on Reality Labs contributed to a more than 15% drop in Meta shares during after-hours trading on Wednesday. In 2022, Meta shares fell by more than 60%.

Meta’s revenue of $27.71 billion represented a year-over-year decline of 4%. However, if foreign exchange rates remained the same, revenues would increase.

More than 140 billion reels were played on Facebook and Instagram, a 50% increase over the previous six months.