BACOLOD CITY – Br. Armand Onion was a young priest in the mid-1980s when then Bishop Antonio Y. Fortich assigned him to the Bacolod Diocese of Social Affairs.

Onion had a close relationship with poverty, having ministered in fishermen’s and sugar workers’ parishes, where Fortich had long established supplementary feeding for children.

But nothing prepared the clergy for 1985, when it became clear that the diocese’s soup kitchens could no longer keep up with mass starvation in Negros Occidental, the country’s sugar bowl.

September 1985 in Negros was the height of corruption and brutality under the late dictator Ferdinand E. Marcos.

Trade monopolies led by Marco’s cronies had laid waste to the country’s sprawling sugar bowl haciendas. Sugar planter Fred Hilado told Rappler the industry lost about $1.15 billion from 1975 to 1984 because it was looted by the Philippine Sugar Commission (Philsucom) and the National Sugar Trading Corporation (NASUTRA).

Both agencies and Republic Planters Bank, which managed trading funds, were run by the same cabal led by Roberto Benedicto, Jose A. Unson, Jaime C. Dacanay and Fred Elizalde.

When sugar producers faced bankruptcy, most gave up their lands, leaving 190,000 sugar workers and around a million families to fend for themselves.

Onion ministered to the grieving parents of children who died in the children’s ward of the provincial hospital, a stone’s throw from the cathedral.

They came from families who had fled the sugar plantations – home to generations of unruly people Sakada or hacienda field workers – for non-existent jobs in the capital of a monoculture province.

Benedicto, on the other hand, was worth around $800 million in 1983, according to Ricardo Manapat’s 1991 book. Some Are Smarter Than Others: The Story of Marcos’ Crony Capitalism.

In 1990, a year before Manapat’s book came out, Sugarlandia’s best Marcos pal compromised with the Presidential Commission on Good Government and gave up about $16 million worth of Swiss bank deposits and shares in 32 companies, including all of his shares in California Overseas Bank, cash dividends in its companies and 51% of its agricultural holdings.

Gold for the cronies, hunger for the masses – martial law exacerbated systemic injustice on the island, turning it into a social volcano.

In the Hiligaynon language of the western side of the island, two words define hunger.

gutom refers to the normal pain when the next meal is delayed an hour or two, or even half a day.

Tigkiriwi is the gnawing in the guts and groaning in the minds of people who haven’t eaten in days or who are reduced to one meal of thin oatmeal a day.

Sugar workers were familiar tigkiriwiwho haunted their cottages during the dead season, the Tiempo Muerto between planting and harvesting seasons, when income from piecemeal or daily labor dried up for three or four months.

But from 1980 to 1985, on the fertile, volcanic soil of Negros, the country’s fourth largest island, tigkiriwi stretched over years.

“At the beginning of the sugar crisis, many workers went to the city where they tried to find odd jobs,” Onion said. “Of course there wasn’t because Bacolod was dependent on the sugar industry.”

Too late for looting victims 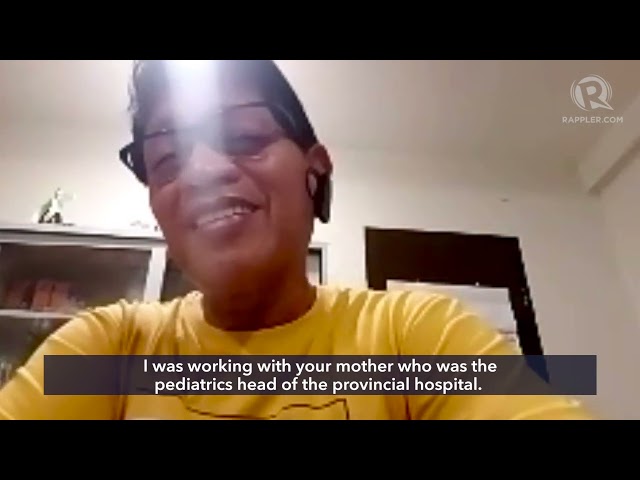 Also Read :  Former School of Medicine administrator sentenced to nine years in prison for stealing $40 million from the University

At the provincial hospital, the crisis slithered in with a trickle, and then a flood of children with swollen bellies, stick-like limbs, straw-like dry orange hair and eyes staring into an abyss of pain.

In 1985, in the “golden age” propagated by the dictator’s namesake, now the 17th President of the Philippines, a boy named Joel Abong died in the arms of Onion.

He was about seven years old and had a baby body. Joel had pneumonia and tuberculosis. A rattle signaled every desperate effort to breathe. Doctors wrapped pads around limbs that had become brittle from lack of nutrients

“There have always been a lot of malnourished children. By the time they ended up in the hospital, it was almost always too late,” Onion said.

“You see, malnutrition was a fact on the haciendas. Sugar workers didn’t have money to go to clinics and hospitals, so they tried to take care of their children until they got very sick,” he explained.

Joel landed on the covers of magazines, a symbol of the “Batang Negros”, child victims of a disaster wrought by greed, corruption, tyranny and a long-rooted system of injustice.

according to dr Violeta Gonzaga of La Salle College, Bacolod, in August 1985, 10% of Negros children suffered from third degree malnutrition. The National Federation of Sugar Workers (NFSW) said a quarter of the children have milder forms of malnutrition.

The effects of the crisis would last for years.

“One in five children on the island under the age of six was found to be seriously malnourished in 1986,” wrote Michael F. Scott, former foreign director of Oxfam America in the Los Angeles Times 1987

A 1988 US Congress report on foreign aid programs quoted the National Nutrition Council of the Philippines as saying that in 1985 350,000 children in Negros Occidental, or 40% of children under the age of 14, were malnourished.

Fortich released millions for starving families. The diocese expanded daily feeding operations to 27 rural areas, using the network of the Kristiyanong Katilingban, a lay organization that has often been the target of military and police harassment.

“It was like swimming against huge waves,” Onion said.

“We regularly saw bodies of sugar workers in the fields being recovered by soldiers,” said Errol Gatumbato, a former employee of the province’s task force detainees.

State violence peaked in Escalante on September 20 when thousands joined one Welgang Bayan (popular strike) on the eve of the anniversary of the declaration of martial law in 1972.

Twenty people died on the hot asphalt when the paramilitary troops of Armin Gustilo, another of Marcos’ buddies, opened fire with a machine gun.

Decades later, survivors would still cry at every memory.

Current President Marcos continues to elude acknowledgment of the realities of his father’s dictatorship and the violence and looting it spawned.

“To describe the period of martial law as a ‘golden age’ is a historical distortion, and we reiterate our call to end the massive disinformation that escalated in the last presidential election,” Alminaza said in a statement marking the 50th anniversary of the imposition of the law Martial Law. 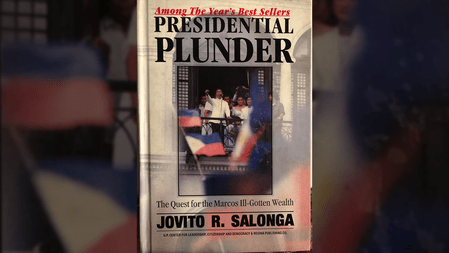