This article attempts to outline the pressure mapping technology developed by Tekscan and Tekscan’s role in the design of future electric vehicles.

For electric vehicles, optimizing battery performance is crucial. Therefore, engineers in this field try to optimize a variety of factors. Energy density is one of them. Smaller, more energy-dense batteries are always being sought. Batteries must also charge quickly, be safe and easy to manufacture. It is crucial to optimize each of these factors, because a smaller and more energy-dense battery also makes them more risky.

Engineers monitor the pressure inside the stack to build a safe battery that also produces a lot of energy. A battery is tested under its normal conditions of charging and discharging, and one of those important factors is how the battery fits into the stack and what the pressure is over time as it matures.

Lithium-ion batteries are currently the most popular battery type on the market. Because it is a liquid inside, it is relatively soft and has a wide range of expansion and contraction.

The battery warms up and expands as it charges before discharging, and contracts as it cools. As a result, each cell in a stack expands and contracts, and since there can be many or even dozens of cells in a stack, these forces amplify and can be quite high and intense within a rigid support when there are many individual ones cells all doing this.

Unlike liquid batteries, solid state batteries, which are a newer technology, have an electrolyte that doesn’t expand as much. Therefore, the size does not change that much. However, all other parts, while dimensionally stable, are subject to heat cycles that change their size and shape. Consequently, if the electrolyte layer is too stiff, it can begin to delaminate and crack.

It is important to verify that the device is not applying localized pressure concentrations, as this usually accelerates battery degradation and raises safety concerns.

A 2014 Princeton University study included a load cell in the stack. The study determined the total force acting on the prismatic pouch cell and was aware of its fixed total area. To simulate everyday use, the researchers tried charging and discharging a battery over a longer period of time while the load cell was subjected to different loads.

Initial compression and force were negligibly low, followed by a modest increase. They ran a series of tests and discovered that there was an ideal point where the battery would age gracefully if the pressure was in the right range.

The 2017 University of Warwick study advances the Princeton study. This time they could observe the localized high and low pressures on the cell against this rigid surface. They placed a Tekscan sensor in the stack and, among other things, tracked the total force over time as the battery aged, expanded and contracted.

They also discovered that some cells malfunctioned in certain regions where local pressure increased. There was also a strong correlation between this and battery life and degradation.

Both the local pressure and the total force for an intermediate pressure are crucial. Rather than just looking at the total number and assuming everything is equal, Tekscan takes localized exposure into account. Tekscan sensors are also extremely flexible, and the sensors are thin and non-intrusive, so users don’t have to modify their test fixture to accommodate them. Many commercially available sensor sizes and shapes are available, so it is very likely that Tekscan will have a standard sensor that meets the unique needs of a particular application. When adjustment or customization is required, Tekscan is highly experienced in modifying sensor shapes and sizes based on customer requirements. All of this allows Tekscan to stand out from the crowd in this market.

Other potential uses of Tekscan

Tekscan has been working on internal combustion engines in the automotive industry for about 20 years.

One of the main applications of Tekscan is to determine driver seating comfort. The attitude of passengers in an electric vehicle (EV), especially a self-driving one, differs depending on the driver who is actively operating that vehicle. The seat is also subject to other concerns, such as how the seat should look and whether the driver can sit comfortably in such a position. There will also be other considerations, like dashboard buttons instead of foot-operated accelerators.

Of course, many of the aspects of EV vehicles mentioned will change over the next few years. For example, a vehicle’s controls may not be standard in the future due to the evolving types of controls seen in today’s vehicles.

Another beneficial application of TekScan is tire footprints. Tekscan is used extensively in the tire industry and has been measuring how the tread interacts with the road surface for years. To prevent the tire from wearing out too early, tire experts take the tread pattern and rubber composition into account. EVs typically have motors with much higher initial torque, resulting in much higher acceleration. To accommodate this, tire engineers must change tire designs.

Many tire manufacturers currently use Tekscan products; therefore, some redesign and rethinking of current designs may be required to produce more appropriate EV tires. 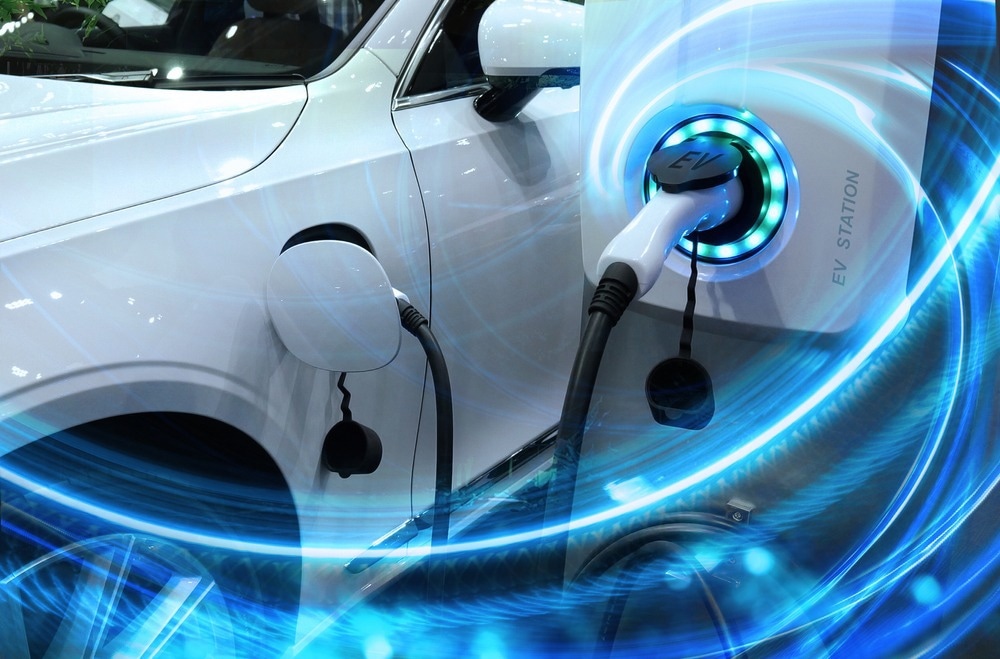 Batteries are another factor to consider; It is especially important to monitor the battery when a car crashes or when it is hit by road debris. Automakers have long used Tekscan to perform this form of crash testing, impact testing, and safety testing.

Another factor to consider is car doors. In an autonomous vehicle that doesn’t have a standard door, the door seals look different but work the same way. A Tekscan sensor can help inspect seal integrity and ensure there are no leak paths. In addition, the entire vehicle with all its different components must be considered.

Tekscan has long supported the automotive industry, but needs to change its work for customers who are new to electric vehicles.

Pressure mapping with the thin-film print-in-sensor

Tekscan’s thin-film print-in sensor can capture pressure distributions over a large area and this technology is comparable to a load cell. However, it can also be used to determine how this total force is distributed over space, providing both the total force and the distribution.

Unlike most load cells, the Tekscan sensor is very thin and flexible, allowing it to fit in most areas where a typical load cell may not fit.

The solution offered by Tekscan in this area is completely plug and play. A print imaging system always consists of three parts. The sensor itself is the first component, followed by the electronics and software, which includes a dedicated software package.

The sensors are printed circuits. They are made from two layers of polyester or polyamide film, both materials known for their flexibility and dimensional stability – so they don’t change shape or size. Pressures of up to 6,000 PSI are also supported. In fact, those made of polyamide can withstand temperatures of up to 200°C or around 400°F. These two conditions – the maximum pressure and the maximum temperature – are usually well below what a battery stack or battery assembly could encounter.

The manufacturing process begins with raw foils to which additive printing materials are later added. Silver tracks are printed, followed by a piezoresistive material, and finally sensors are sandwiched together at the top and bottom. For a given stratification, the top and bottom features are perpendicular to each other, forming an orthogonal matrix.

Each intersection in this matrix represents a specific electrical path through which electrical energy can flow. As the electrical energy is driven through the piezoresistive material, it travels across the intersection. In the unloaded state, the resistance is very high; When it is squeezed, the resistance gradually decreases, which makes it possible to act as a sensor. Depending on the load, each of these individual points can change the level of resistance.

An A/D converter is connected to the sensor on one side and to a PC on the other side.

Electronics send pulses of electrical energy to each track in a precise sequence. The energy going out completes a loop and comes back, and both the magnitude of the signal coming back and the timing based on the sequence are measured. This helps determine the location and magnitude of pressure and force across the array. The end product is a calibratable digital two-dimensional matrix of pressure values.

The pressure mapping software is the brains of the operation. It uses electronics to decode all signals returned by the sensor before displaying the results on the screen. For example, the output expected when a person presses their thumb against the sensor is something resembling a thumb.

Once all of the individual data points are recorded and properly aligned, a heat map is created. Warmer hues represent high pressure, while cooler hues – like blue – represent low pressure.

It’s a relative scale, but it’s more than just an image; It is also possible to extract calibrated values ​​from each point and store data over time. Because capture rates are very high during dynamic events such as an impact event, it is possible to record for weeks or even months at a time and capture slower frame rates so that changes over time can be observed.

At Tekscan, customers are only limited by their imagination. A Tekscan sensor between any two solid surfaces can provide new information and therefore could be useful for an engineer in the EV market. 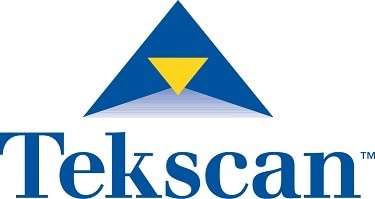 This information was obtained, verified and adapted from Tekscan, Inc. materials.

For more information on this source, visit Tekscan, Inc.

RSV, flu and colds: How to tell when your child is too sick for school

Build Your Quality of Life by Investing in Your Lifestyle

Parenteral Nutrition Market is geared to grow at a CAGR of 5.9% from 2023 to 2032, owing to increasing rate of pre-mature birth & birth rate | insightSLICE

Hacks For Healthy Eating This Season

video: Current soft robotic hands can hold small objects, such as an apple. Because the robotic arm is soft, it can gently grasp objects of various shapes, understand the energy…

5 examples of VR’s use in soft skills training