A group strongly opposed to new legislation to amend the federal official language law continues to campaign against the bill on the grounds that it moves from a “symmetric” to an “asymmetric” approach with the minority communities of official languages, which they say is a significant step Amendment represents the government’s attempt to modernize the law in the last parliament.

“We have moved from a symmetrical approach to one that is now focused on promoting French,” said Eva Ludvig, president of the Quebec Community Groups Network (QCGN). The hill time by Bill C-13.

Ludvig’s organization, which advocates for issues affecting Quebec’s English-speaking community, hosted a webinar on Sept. 28 following the House Official Languages ​​Committee’s hearing on the bill the previous day. The virtual policy briefing, part of the organization’s ongoing effort to oppose legislation, was led by Ludvig, former Senator Joan Fraser – who sits on QCGN’s board – and Stephen Thompson – the group’s policy director. QCGN said the event was for its members and was attended by about three dozen people.

While QCGN says Bill C-13 will adversely affect Quebec’s English-speaking minorities, many of the witnesses on the September 27 House Committee said the proposed law does not go far enough to protect the French language in Canada. Some of them, such as Daniel Boucher, executive director of the Société de la francophonie manitobaine, stressed that given the years of deliberation that went into modernizing the official language law, they would welcome the speedy passage of this bill. 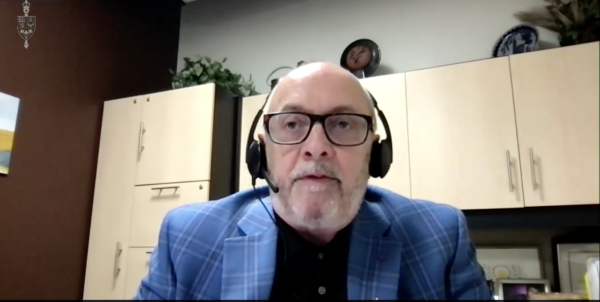 Daniel Boucher, executive director of the Société de la francophonie manitobaine, testified via video before the Standing Committee on Official Languages ​​of the House of Commons on September 27. Screenshot courtesy of ParlVu

“Any further delay will only further weaken the position of the French in our communities,” Boucher told the committee.

Bill C-13 – amending the Official Languages ​​Act and Passing the Act on the Use of French in Federally Regulated Private Businesses – had its first reading in March 2022 and is currently going through the House Committee while the Senate Official Languages ​​Committee is in session Preliminary study of the draft law. C-13 is considered the successor to C-32, a bill that died on the regulatory paper when the 2021 federal election was called in the last parliament. However, some of C-13’s strongest critics say the bill is fundamentally different from its predecessor, which is why they cannot support it this time.

Supporters and opponents of the C-13 Bill agree that there is a need to modernize the Official Languages ​​Act, first passed after the Royal Commission on Bilingualism and Biculturalism in 1969 and receiving its last major update in 1988.

According to Ludvig, there was agreement in the last parliament to update the powers of Canada’s official language commissioner and to give more bite to a component of the law that requires federal institutions to take affirmative action to support minority language communities. However, Ludvig said that attempts at modernization in this Parliament were very different from the previous one.

“[On Bill C-32] The Quebec Community Groups Network worked very closely with our francophone colleagues outside of Quebec… and we came to a very common position on what we saw as modernization,” said Ludvig. “And then things changed.”

She pointed to what she called “a shift in the sand” during the pandemic, as the Quebec government began focusing heavily on initiatives to protect the province’s French language.

“The whole approach to modernization has changed,” says Ludvig

Another notable shift since the last parliament has been in mandate letters from ministers. The letter of mandate 2021 for the official language minister Ginette Petitpas Taylor (Moncton-Riverview-Dieppe, NB) instructs them to introduce a bill to reform the Official Languages ​​Act, “taking into account the urgent need to protect and promote French”. The 2019 mandate letter for the former minister on file, Melanie Joly (Ahuntsic-Cartierville, Que.), did not include that phrase, instead instructing them to “continue to protect and promote the two official languages ​​of Canada.”

“The whole approach to modernization has changed. Suddenly it was no longer about modernizing the Official Languages ​​Act, which aimed to respect English and French as official languages ​​of Canada with equal status and rights, but about protecting and promoting French,” said Ludvig.

She said this changed the discussion her group was having with French-speaking minorities in the rest of Canada.

“At the same time, the francophone community outside of Quebec was beginning to align more closely with the Quebec government’s position on the protection of French, and one of the key areas they were pushing for was what they were beginning to demand — and what we have also seen – an asymmetrical approach to official languages,” she said.

“We’re no longer talking about equality between the two languages, we’re talking about the promotion of French especially in the Francophone minority language communities, and that’s the lens through which modernization has now been presented.”

She said the change is significant because Bill C-13 recognizes French as a minority language and community, which she says “is likely to create confusion with the concept of an official minority community.”

“It’s about [French as] a minority language in Canada, as opposed to French and English, which are the official languages ​​of Canada, period,” Ludvig said.

However, many supporters of the new bill have argued that the situation for English communities in Quebec differs from the circumstances of French communities in the rest of Canada. 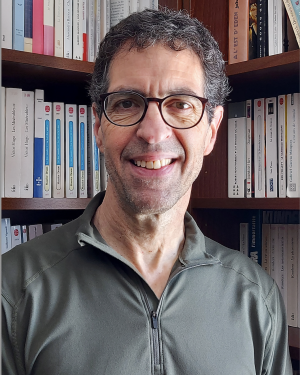 Jean-Pierre Corbeil, associate professor of sociology at Laval University, said the move to an asymmetric approach is justified because minority language communities inside and outside of Quebec do not have the same experiences. Photo courtesy of Laval University

Jean-Pierre Corbeil, an associate professor of sociology at Laval University who has studied official languages ​​in Canada, said the difference is that French is “a fragile language in North America”.

said Corbeil The hill time that he agrees that C-13 marks a shift in approach from symmetric to asymmetric, but said that fragility necessitates such a change.

“The central vision of the Official Languages ​​Act so far has been that we needed this kind of symmetry between English in Quebec and French outside of Quebec, as if the realities of both languages ​​were the same, the challenges were the same,” said Corbeil, who previously worked as a linguist for Statistics Canada has worked.

“It was very clear that Anglophones in Quebec would say that it was not their language that was threatened but their community as such – when they saw all their youth leaving or wanting to leave the province. While outside of Quebec, the biggest challenge was really the survival of French, and certainly not all indicators spoke to the future of the French-speaking population,” Corbeil said.

Vanessa Herrick, executive director of the English Language Arts Network of Quebec, recounted a conversation with a government official during the summer’s C-13 consultations. She said the officer told her, “There is no difference between the official language minorities across the country. You are facing the exact same thing.”

Herrick said she doesn’t think that’s true. She said they both face challenges, but they are “unique” because Anglophones are the only official minority language community in Quebec whose province “enacts laws against them using their language,” which she describes as “a recent difference.” designated, but “one that must be considered.”

Boucher tells The hill time He understands that Quebec’s Anglophone community has concerns, but ultimately he wants the bill to move forward.

“I know Anglophone Quebecers have some concerns… and I think they’ve had an opportunity to express those concerns,” he said. “And their dynamic is different. It’s not the same as ours and it’s very difficult for us to somehow put ourselves in their shoes, but hopefully this bill will be positive for the two official language communities. … As a minority, we certainly support the fact that they should also be supported.”

The House Official Languages ​​Committee will meet again on October 4-6 to hear more testimony about C-13.