Mark Gonzalez was on target again as Liverpool Legends beat Man United 2-1 in a fun charity match at Anfield on Saturday.

After a performance of You’ll Never Walk Alone, sung by many Anfield visitors for the first time, Man United started quickly and opened the scoring thanks to a fantastic volley from Dimitar Berbatov.

Liverpool got going after that and Alonso started spraying passes down the middle and controlling the game in Steven Gerrard’s usual Legends team position.

Another of Liverpool’s ‘best midfielders in the world’ was also involved. Although the game was well brought up in favor of the LFC Foundation, Momo Sissoko, who made the lion’s share of the run in midfield, showed the love wasn’t lost when he gave Berbatov a cheeky shove in the back after the Kop jovially booed the Arrival of the United team.

Also Read :  France and the War Economy: The Perspective of Thales 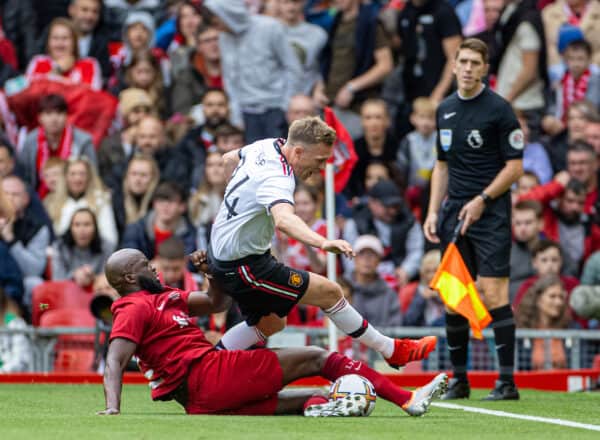 Tackles continued to fly in to the delight of the crowd, but Bjorn Tore Kvarme became the first casualty and had to get out early after being caught by a slide challenge.

Roy Keane wasn’t even on the pitch!

Liverpool kept attacking and Aurelio was the next to shoot from long range. However, he performed well in his effort and was quickly sent back to the halfway line by his captain Alonso.

There was almost a moment of brilliance at the end of the first half when Alonso floated a spot-on ball in the back to Maxi Rodriguez, who flew through the air from an angle and volleyed over the goal only to miss the far post . 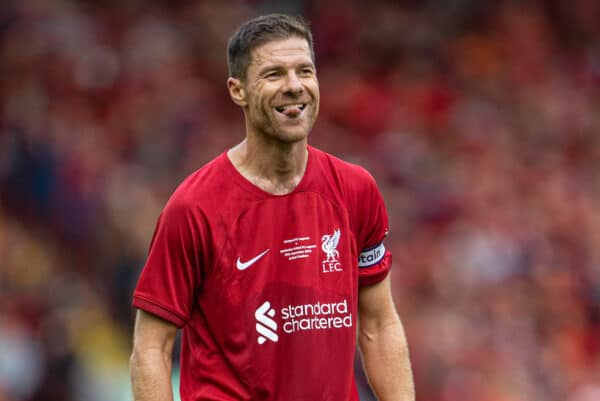 There were eight changes made at half-time by the management team of Sir Kenny Dalglish, Ian Rush and John Aldridge.

They made an immediate impact after the break as Robbie Keane made his Legends debut and found Gonzalez calm, who got into the bottom corner for the first time and restored the Reds’ two-goal lead he helped establish, netting twice a 3-1 win at Old Trafford in May.

Djimi Traore’s start was not so positive. Seconds after his substitution, he clattered into an opponent in typical Traore fashion and received a yellow card for the foul.

As if the Malian’s clumsiness wasn’t enough, there was plenty more nostalgia for fans to enjoy, including the sight of Martin Skrtel putting his head where it hurts. He was substituted after an hour after a dogfight with Kevin Pilkington.

Update on the Slovak’s hair, he has a lot and it’s unsettling to say the least. 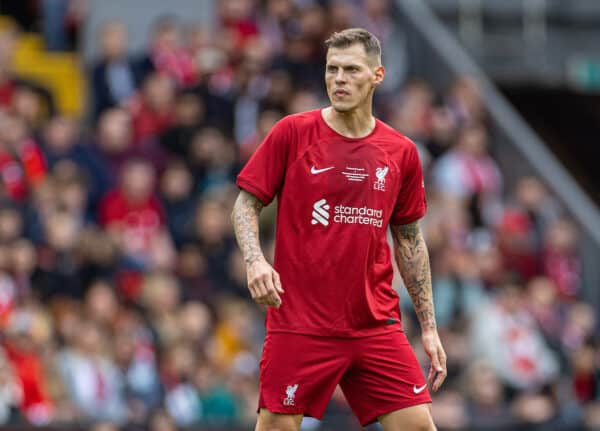 The pace eased as the game progressed but Sander Westerveld managed to stay alert and made a fantastic save, flying left to deflect a Ronny Johnsen header over the post. However, the silence broke when Roy Keane and Denis Irwin ran to a din of boos.

Also Read :  China's Xi gets chance to tighten hold on economy at meeting

The two old boys couldn’t help defensively, however, as Florent Sinama-Pongolle caught a loose ball near the penalty spot and sent it into the bottom corner. His celebration was a wild one, ending in Klopp-esque fist pumps in front of the Kop. 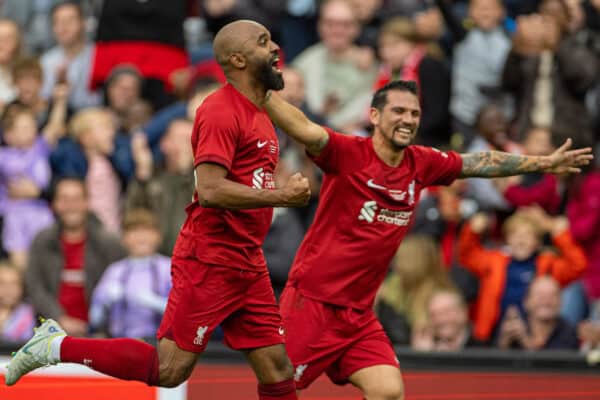 Sinama-Pongolle’s lateral foot finish proved the winner of the game and caused cheers from the Anfield crowd after the final whistle. There were smiles everywhere and the latest number raised from the game will be released in the coming days.