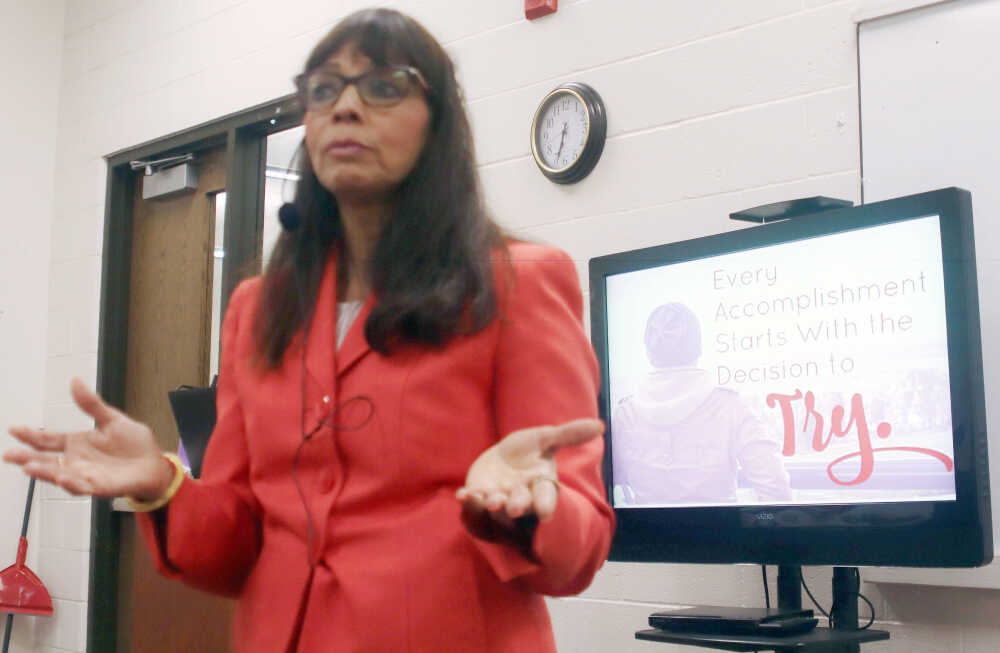 Dr. Minnie Malhotra spoke at the Southeast Missouri YMCA in Sikeston on Thursday, January 19, 2023 about applying the principles of functional medicine and how to set realistic and sustainable goals as well as the root causes of chronic illness. The next lectures are scheduled for February 16 and March 16. (Gina Williams/Standard Democrat)

A board-certified family physician with more than 12 years of experience in patient-centered medical care spoke about wellness in the first of a three-part series on Thursday, Jan. 19 at the YMCA of Southeast Missouri in Sikeston.

The speaker, Dr. Minni Malhotra, is experienced in the management of acute and chronic diseases, and is also passionate about spreading her message of wellness and educating people about chronic disease resolution.

According to Bohannon, the four sat down to talk about what Missouri Delta was doing and what they could offer, and that’s when Malhotra, also a Missouri Delta physician, came up in the conversation.

Bohannon added that Urhan and Montgomery emphasized how passionate Malhotra is about the health of the whole person and felt this would be a great opportunity for him to speak.

“Dr. Minnie has a passion for treating people, and I hope that through this experience she can give back and give more to the community,” Bohannon said.

The sessions are free, according to Bohannon, and participants do not have to be a YMCA member to attend.

“Anyone in the public can come; Anyone can come to Southeast Missouri; It’s not just off Sikeston,” Bohannon said.

Bohannon said he sat down and met with Malhotra and came up with three sessions for Malhotra to talk about. Each session would have a different topic, and Malhotra’s overall idea was to focus on a different approach to wellness.

“Instead of giving a prescription drug for a Band-Aid disease, Dr. Malhotra tries to make the person understand what it is that is tearing them apart and goes from there.

He continued: “Maybe we can try a different approach, whether it’s food or exercise or water, or it could be medication, but trying to look at all things rather than just looking at medication,” Bohannon said.

Bohannon said they’re trying to give people a chance to learn and look at other options.

On Thursday night, Malhotra discussed healthy goals and how to set yourself up for success with realistic, sustainable and achievable goals. Malhotra also advocates the use of effective medicines rather than immediate prescriptions or conventional treatments.

Malhotra will return to Sikeston at the YMCA in February and March for two other sessions.

On February 16, Malhotra will discuss heart health and cholesterol, and on March 16, he will talk about macronutrients and meal planning.

According to Bohannon, after Malhotra’s third session at the end of March, he’s going to give the public a survey to hear their thoughts and see what they want to hear that he can possibly help with.

For more information about upcoming sessions, contact the YMCA of Southeast Missouri at 573-472-9622.