LIFO THE PARTY: May & Company gives an account of 100 years of activity 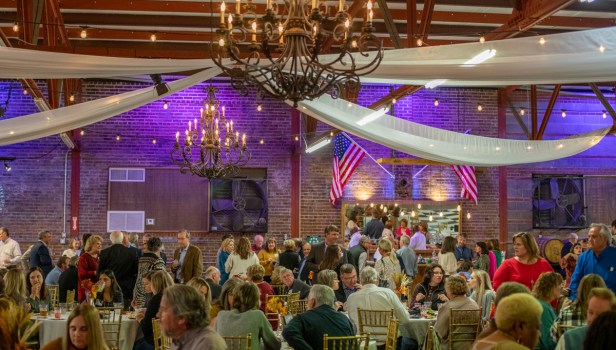 Vicksburg-based CPA firm May & Company celebrated its 100th anniversary at Levee Street Warehouse on Thursday. In 1989, the company moved from the First National Bank building to a new office at 110 Monument Place, which still serves as the center of May & Company’s activities. Today, the firm has offices in Talullah, Louisiana, Lake Providence, Louisiana, and Millport, Alabama. (Photo by Ben Martin | The Vicksburg Post) 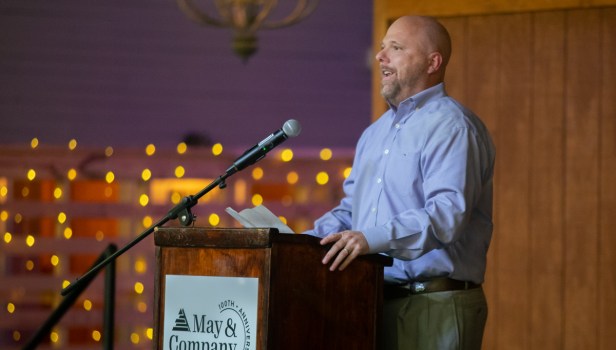 Riley Nelson, managing partner of May & Company, was the first to speak at the company’s centennial celebration on Thursday night. He mentioned that in 1922, when the company was founded, the National Football League was established and the White House received its first radio. (Photo by Ben Martin | The Vicksburg Post) 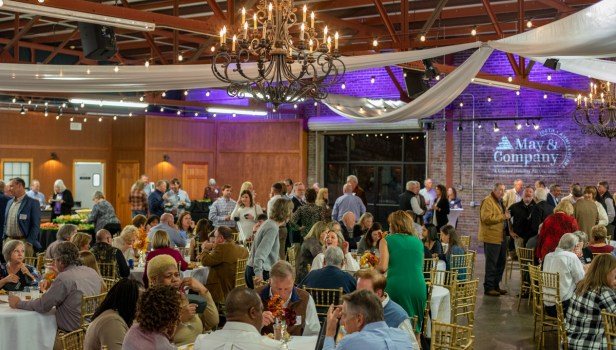 The centennial celebration for May & Company, a Vicksburg-based CPA firm, was held at the Levee Street Warehouse on Thursday night. The event was attended by company personnel, friends, family and community leaders. (Photo by Ben Martin | The Vicksburg Post)

With company staff, friends, family and community leaders in attendance, the celebration was held at the Levee Street Warehouse. The first to speak at the event was Riley Nelson, Managing Partner of the firm.

Nelson gave some context on how long the Vicksburg-based company’s history is.

“When May and Company was founded, (that same year) the first Reader’s Digest was published,” he said. “The National Football League was founded and the first radio came to the White House.”

The company was founded in 1922 by James D. Pond, who worked on the First National Bank building in Vicksburg for many years. When Pond died in 1958, the company was taken over by accountant David L. May, who married Pond’s great-granddaughter, Martha.

After Nelson spoke, he introduced a retired partner from the firm, Ken Hicks, who addressed the audience. Hicks was with May and Company for 40 years beginning in 1970.

Hicks talked about some of the changes he has seen at the company during that time.

“In 1983, May & Company hired our first accountant on the professional staff,” he said. “And that was a big problem for us. And we wrestled with that decision.”

Hicks wanted to hire Donna Ingram, whom he met while recruiting potential employees at the University of Southern Mississippi. However, she said that she encountered some setbacks.

“An associate, when I asked him, he said, ‘Hicks, do you know what the hell you’re doing?’ I said, ‘Well, I think so. Some of the top students coming out of the school and the Academy with good grades are mostly women,’” Hicks said.

In 1989, the firm moved from the First National Bank building to a new office at 110 Monument Place, which still serves as May & Company’s headquarters. Today, the firm has offices in Tallulah, La., Lake Providence, La., and Millport, Ala.

Katie Feibelman, a partner at May & Company, said she is proud to work for a local business with such a long legacy.

“When they asked me to be a partner, I felt very honored. I feel that it is a wonderful company. And to be entrusted to help run that enterprise, it was harrowing, and it was terrifying, but it was also wonderful; because we have that history,” Feibelman said. “Our staff is very loyal to the company and everyone supports each other.”

He added that he looks forward to helping May & Company carry on its legacy.

“Our roots are very deep here. We are very proud of that,” she said. “We would love to continue for the next 100 years.”