When you step into Garrett Buschjost’s strength training class, the air is positively crunchy with energy.

It could be pop music coming from the speakers. It could be the ringing of weights or the exertion of workouts. Then there are the students who strive to achieve their goals and leave a shout for themselves or their friends when they succeed.

The high energy level is by design.

Buschjost, a physicist, said: “I want this to be their most fun and enjoyable class of the day. They come here and we try to give them as much energy as we can, and then we expect that from them.” Education teacher at Jefferson City High School.

He greeted each student with a high five and a few words as they entered the door. He put them through a quick warm-up before getting them to partner up and start shooting for their max weight in the bench press. The partners helped each other get noticed as they gradually increased to their maximum.

When the students called him, Buschjost was coming and checking and watching if they could raise their maximum.

Sometimes it didn’t work. Students have too much weight on the bar or are too tired from previous repetitions. Their scout would help them get the bar back on the shelf and try again later.

But when they were successful, the energy was throttled again.

Students were allowed to go at the end of the class if they had finished their maximum, but junior Jayden Roling and senior Steven Samuels wandered around for a while, shooting for more weight.

The names of J. Rolling and S. Samuels are all over the leaderboard on the wall.

Throughout the class, the other students gathered around them and watched nervously as they tried to lift the increasingly heavy bars. After each, the students would applaud, shout their names and congratulate them.

When a student reached a personal record, the class would pause and yell “PR” or give two rounds of applause to appreciate their success. Students may also shout “Jay standard” or “Lady Jay standard” to honor high effort.

He said his biggest focus is on both physical and mental development.

He tries to meet students where they are, from regular weight lifters to students who have never been in a weight room before.

“As long as they’re getting better every day, it’s not about having students who can squat 400 pounds,” he said. He also wants them to build a good mindset.

“We’re going to give them some mental conditioning, some nutrition, we’re going to include that in our own kind of conversations. … They’re usually rated at 70 percent participation, but then there’s the surveys they do every day. It’s a nutrition survey.”

Students are asked to rate themselves on fruit and vegetable intake, hydration, breakfast, rest and recovery, and more.

“I hope if they do this every day, it’s in their brains like ‘OK, I only slept three hours last night, no wonder I’m in pain, no wonder I’m not feeling well,’ and then they make these smart choices on their own,” he said.

This leads to intrinsic rather than extrinsic motivation, such as when a teacher or coach tells them to do better.

Students enjoy the positive environment and the challenge of doing better.

Zielinski said the mindset he learned in his strength training class gave him the motivation to persevere in class.

“I love the support and I love all the different types of lifting we do, the different focus on conditioning, getting faster and stronger,” Zielinski said.

“There may be challenges at some point, but I mean, you all get through them and it’s nice to have challenges,” he said.

Zielinski, a baseball player, said his favorites are the bench press and clean.

“I like that everybody really supports each other,” said Miller, whose favorites are the squats and bench presses.

Buschjost frequently posts on social media about the achievements and perseverance of his students. She said she was proud of what she did.

“I have the best job in the world. The guys are doing a great job,” said Buschjost.

He said he had high expectations of them, but they did a great job of keeping the standard.

When students leave the classroom, they appreciate the fitness and hope they leave.

“I hope they love training… it may not be like geeks like me and that’s their life, but they have a lifestyle that they love physical fitness and we haven’t done anything here that made them hate working out and never want to do it again,” he said. When they leave, they enjoy their experience and can take it with them and continue a healthy, active lifestyle.” 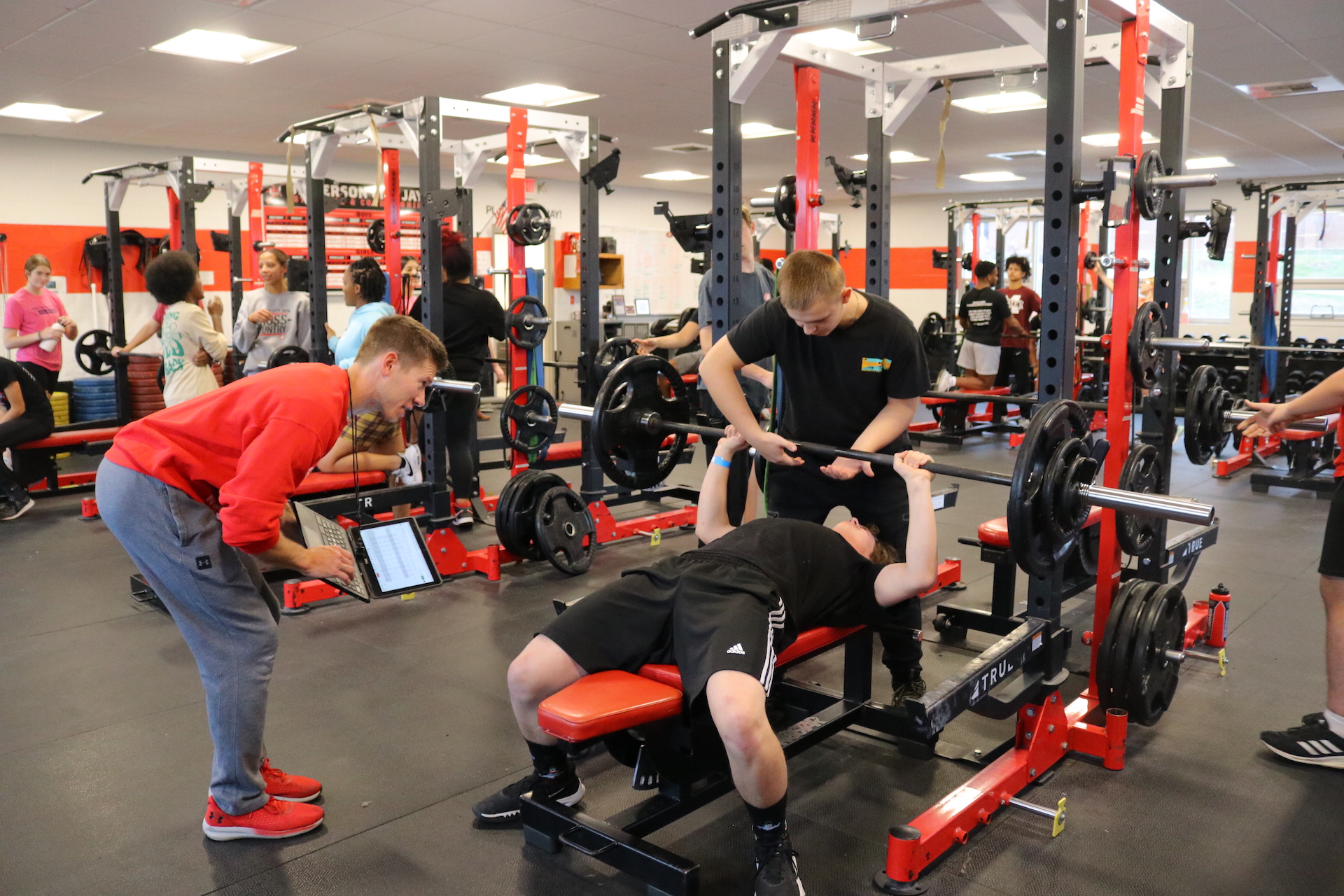