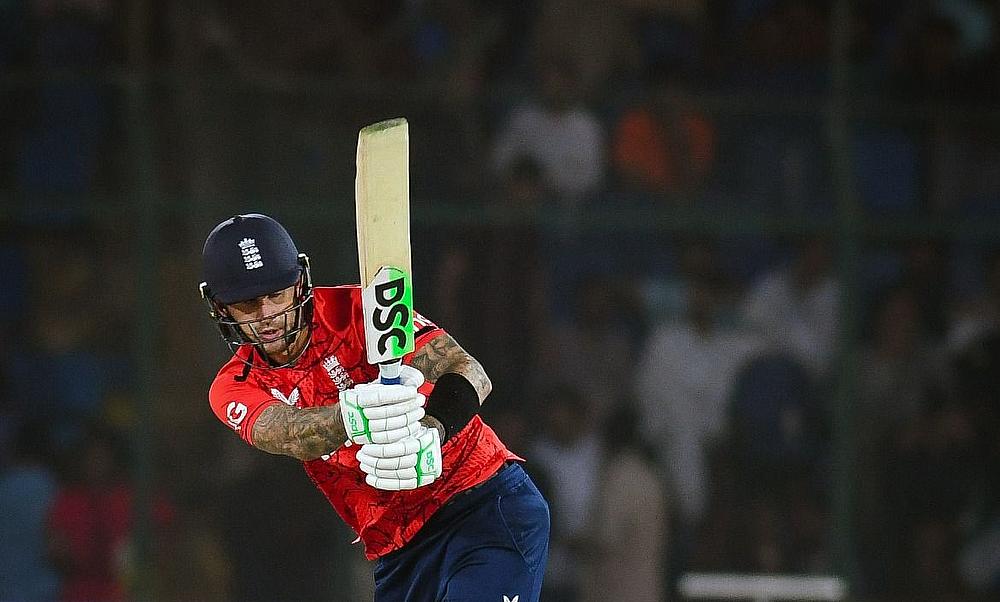 England beat Pakistan by 6 wickets today in the 1st T201 at the National Stadium in Karachi.

Alex Hales marked his return to international cricket in notable fashion when his 53 in 40 orchestrated England’s solid six-wicket win over Pakistan before a packed national stadium in the first of the seven T20 Internationals. This was England’s first international T20I in Pakistan.

It was a dream return of sorts for Hales, who has not appeared in English colors since 2019 when he anchored the chase, hitting for a 133 batting average and helping his side roll over the 159-run target with four-ball substitutes.

After the early wicket of Phil Salt making run-a-ball 10, Hales added crucial runs with Dawid Malan (20 of 15) and Ben Duckett (21 of 17) with both partnerships worth 34 before Harry Brooks whirlwind 25-ball didn’t score 42 out (seven fours) eluded the hosts of the game.

Naseem Shah’s first over went 14 runs, with both openers – Salt and Hales – each hitting a boundary. Substituting Shahnawaz Dahani after a tight second over from Mohammad Nawaz gave Babar Azam’s side the breakthrough as Salt pulled the short throw of the right arm pacer into the hands of Haider Ali, who was stationed on a deep square leg.

That was the only goal Pakistan would concede on the power play as Malan and Hales counterattacked. Malan greeted Usman Qadir with an overhead six early in the seventh over – after a full throw – but a beautiful broken leg propelled Malan to the next ball, who pushed it back to the bowler for a safe catch.

Duckett’s adventurous approach didn’t yield him the fruits he and Moeen Ali, who captained England in the absence of the injured Jos Buttler, might have expected as he got trapped trying to sweep a ball backwards.

That was the last wicket the hosts celebrated, however, as Hales and Brook sewed up their 55-run streak.

Hales fell in the 17th over when he defeated Haris Rauf, but by then the match was decided in England’s favour.

Pakistan scored 158 – after Moeen decided to bowl – behind Mohammad Rizwan’s 68 in 46. Pakistan got off to a flying start as the pair Rizwan and Babar lifted Pakistan to 51 by the end of the power play and they had 85 on 9.3 overs , when the latter was dropped by Adil Rashid with a searing Googly.

Pakistan lost their next three wickets for 11 runs when Haider, Rizwan and Shan Masood fell in 11 balls. Debutant Luke Wood had a great start to his T20I career, scoring three for 24 from four overs. The collapse was made worse by the scalped left arm pacemaker of Iftikhar Ahmed, Mohammad Nawaz and Naseem Shah in death as the hosts managed to add just 71 overs in the last 10 overs.

The two teams meet on Thursday for the second T20I at the same venue where the third and fourth games will also be played. The action will move to Lahore on September 28, where the final three matches will be played at the Gaddafi Stadium, Pakistan’s home ground of cricket.

Throw: England won the draw and were fielded