Elizabeth Sherwood Frank of Houston died on Saturday August 20, 2022. She was 27 years old. 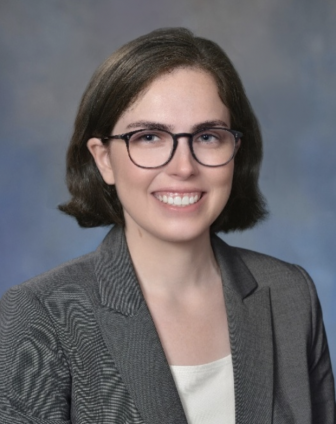 Liz is the adored daughter of Jane and Stephen Frank and the beloved sister of William and Caroline. Liz was in her fourth year of medical school at Baylor College of Medicine.

Born on August 21, 1994 in New York, Liz grew up in Darien from the age of 4. She attended Pear Tree Point School, New Canaan Country School and Greenwich Academy.

Liz was a gifted all-around athlete and enjoyed soccer, lacrosse, skiing, tennis and golf. His athletic passion, however, was gymnastics. For many years Liz competed for Darien YMCA Gymnastics. She loved the team camaraderie and the physicality of the intense daily workouts. Liz arrived home beaming after evenings at the gym.

While her favorite event was the uneven bars, she also enjoyed the vault, floor, and balance beam. Liz has reached level 8/10 and has won numerous competitions across the country. Liz had to put an end to her gymnastics career following injuries sustained in her early teens.

When gym injuries and the development of an autoimmune disease curtailed her athletic pursuits, Liz channeled her energy into intellectual pursuits, especially math. At Greenwich Academy, under the guidance of a beloved teacher, she and a few classmates pursued mathematics beyond the school curriculum to college-level studies.

Liz pursued her passion for math at Williams College, even though she took a pre-med program. She found in theoretical mathematics beauty and purity beyond other STEM subjects. Liz has come to believe that mathematics is central to the evolution of the universe and that it exists outside of human consciousness.

At Williams, Liz found professors and peers who shared her academic passions. In 2014, Liz won the Erastus C. Benedict Mathematics Prize. In her senior year, Liz wrote and defended a thesis entitled “Blowing Up Toric Varieties with Multidimensional Continued Fractions”.

Wanting to gain real-world experience before medical school, Liz joined the Dana Farber Center for Pediatric Cancer Therapeutics in Boston. Performing statistical data analyzes in support of childhood cancer research, Liz has co-authored five published scientific papers. She would talk to anyone who would listen about the lack of resources dedicated to childhood cancer research compared to adult cancers.

Taking the next step in her journey, Liz enrolled at Baylor College of Medicine in Houston and planned to major in pediatric oncology after graduation.

Liz’s remarkable ability to connect with children stemmed from her respect for their dignity as human beings. Liz has found connections with children throughout her life. From coaching Tumblebugs at Darien YMCA gymnastics during high school summers to interning at New York’s Ronald McDonald House during college summers, Liz saw a career in pediatrics as the natural progression of her dedication to caring for children. . She was in the process of applying for pediatric residency programs at the time of her death.

At Baylor, Liz’s analytical mind and interest in deep philosophical questions led her to a path of medical ethics in her curriculum. She was eager to discuss the difficult situations physicians face when weighing the costs and benefits of further medical treatment, particularly in cases where quality of life issues make additional interventions of questionable benefit to the patient. patient.

Liz was also interested in how the medical profession could better care for young people with chronic conditions moving from the pediatric to adult sphere of medical care. She served children outside of her formal training, volunteering to spend time with her “kids” during their dialysis treatments and tutoring high school patients with sickle cell disease.

Liz enjoyed reading, especially speculation and science fiction. Liz saw fiction as a way to examine the big existential questions that humans have always asked themselves. Her favorite author was Ursula K. Le Guin, a pioneer in moving science fiction from the pure genre to the highest echelons of literature. Liz loved not only Le Guin’s classic novels, but also his short stories, his poetry, and his translation of Lao Tzu’s Tao Te Ching.

Although she was naturally introverted, it wasn’t hard to bring Liz into a lively conversation. Of course, anything related to science, medicine, or childhood cancer research was a hot topic. Another way was to ask him a question about the nature of human consciousness. Once turned on, Liz could go on for hours discussing puzzling topics like the possibility that humans actually live in a Matrix-like computer simulation or whether we really have free will.

Liz spent her childhood summers with her grandparents in Westport, Massachusetts, with siblings, cousins, aunts and uncles. As an adult, Liz enjoyed reading on the patio, swimming in the River Westport and playing board games in the evenings. She described Westport as her favorite place in the world.

Among Liz’s best friends were her siblings, Will and Caroline. Reflecting their close relationship, Will had recently asked Liz and Caroline to serve as ‘best man’ together at his upcoming wedding. When Liz and Will both lived in the Boston area after college, they regularly got together with friends after work for intense board game nights.

The Frank Five, a “Fiver” in family parlance, was a tight-knit unit. Liz adored her nuclear family and her family adored her. The pandemic and Liz’s move to Houston have made gatherings more difficult. Despite limited opportunities, each meeting was eagerly awaited and cherished by all.

Board games, home-cooked meals, and lively banter were staples of the Frank household. As Lord of the Rings enthusiasts, the ability to view the expanded editions of the movie trilogy was always present.

A huge Gandalf fan, Liz met actor Sir Ian McKellen in 2013 after seeing a Broadway production of Waiting for Godot. Famous in family lore, when Sir Ian turned to greet Liz at the stage door after the show, she was left in awe and had to rely on her sister for an autographed Playbill. Another LOTR highlight was seeing the live orchestra’s 2015 versions of the films shown at Lincoln Center.

Liz will be missed for her dry wit, quiet thinking and personal embodiment of her priorities in everyday life. She sought to live her life according to her values ​​without compromise.

In her pursuit of a career in medicine, Liz planned to work toward a more equal distribution of health care resources. She inspired others with her resilience and perseverance in the face of 15 years of personal health challenges and her dedication to a life of service, science and medicine. She will be sorely missed by her family, friends and the countless children who she would have impacted as a future pediatrician.

Liz is survived by her parents, Jane and Stephen; his sister, Caroline; his brother, Will, and his fiancée Avani Madappa; many aunts, uncles and many cousins. Liz is predeceased by her adoring grandparents, Betty and Guy Reny, Brooke Frank and Walter Frank.

– an obituary from Bradshaw-Carter Memorial Funeral Services, where online condolences can be left