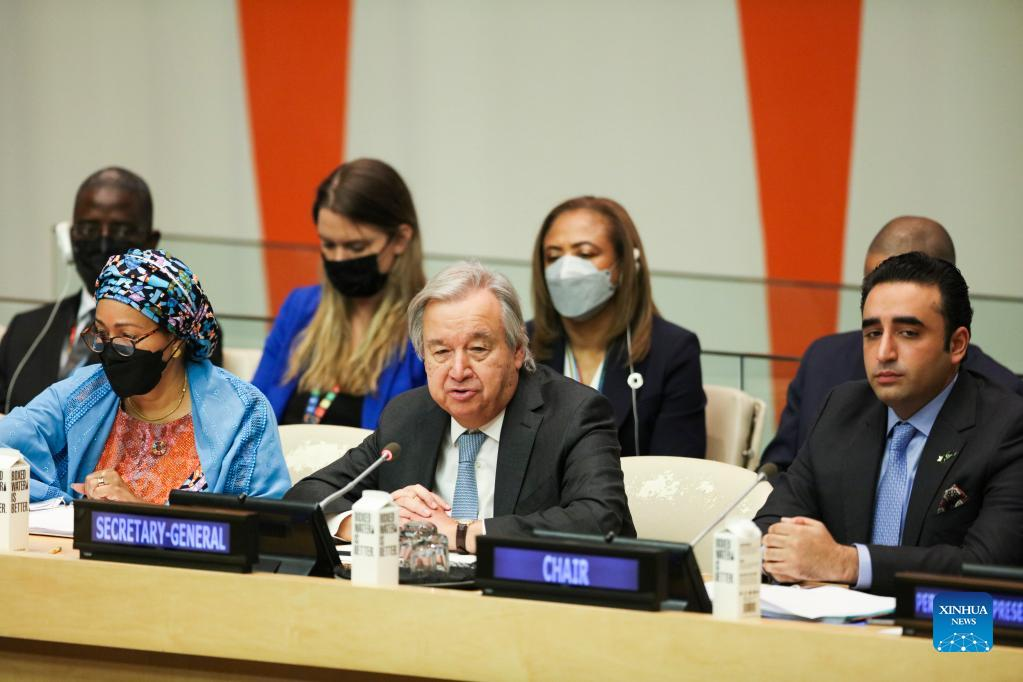 Guterres said advancing the Sustainable Development Goals was “his focus during the high-level week,” when world leaders gather in New York to discuss solutions to the pressing challenges facing the global community.

He stressed that the Ukraine crisis has “added further turmoil” to supply chains, energy and food markets and “created an unprecedented cost of living crisis” affecting up to 1.7 billion people around the world.

Also Read :  How much will your monthly expense cost after a year due to inflation?

“To salvage the SDGs, governments must invest heavily in their people and the systems that support them: health, education, social protection, housing and decent work,” Guterres said.

Guterres noted that at every turn developing countries “are being blocked in their efforts to invest in reconstruction and development,” and said this must change “as a moral and practical imperative.”

He underscored that “we need an increase in concessional financing from multilateral development banks and reform a morally bankrupt global financial system.”

“We must balance the developed and developing world and create a new global financial system that benefits everyone,” said the UN chief.

He also called for “urgent action” on climate change, noting that he “will never forget the devastation” he witnessed in Pakistan that he “could not have imagined before”.

The Secretary-General urged developed countries to deliver on their promises and support developing countries “to adapt to the worsening climate impacts.”

The Group of 77 and China at the United Nations is a coalition of 134 developing countries aimed at advancing the collective economic interests of its members and creating an enhanced joint negotiating capacity at the United Nations. Headquartered in Geneva, the organization had 77 founding members, but it has since grown to 134 member countries. Pakistan currently holds the presidency. ■