New VR players have emerged this year, and many startups and traditional vendors that have not been involved in the field have launched or plan to launch new VR products to test the waters. 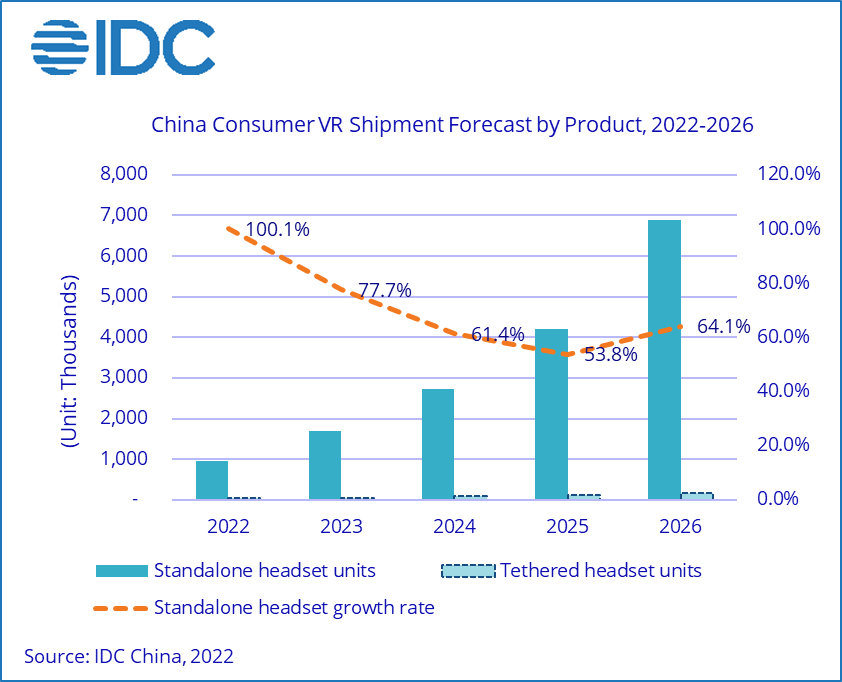 The recent releases of Pico 4 and Quest Pro have reignited the VR hardware market.

Looking back to the past months in 2022, various new VR products have been continuously launched in China following the explosion of the metaverse concept and the gradual improvement of the industrial chain.

Most of the new VR products are stand-alone headsets with many Pancake lenses for the consumer market, which is seeing an increasing supply of VR products as the gaming and fitness-dominated VR content ecosystem develops.

1. The Fresnel lens is gradually being replaced by the Pancake lens to improve both the visual experience and the wearing comfort

Traditional 6dof VR standalone headsets often come with a Fresnel lens, which has a distinct screen-door effect and results in a strong front of the headset. Standalone headsets launched in the second half of this year are equipped with Pancake lenses, which reduce the weight of the headset by more than 100g and have higher optical resolution performance, which significantly improves graphics in gaming use cases, which can reduce dizziness and allow gamers to play longer .

2. The fitness use case that integrates with features like learning, gaming with motion sensing, and social networking is incrementally independent

In 2022, the fitness use case is becoming one of the biggest highlights of new VR products. In addition to motion-sensing games that require a large amount of exercise, well-known courses for recorders, social multiplayer sports, calorie data and other fitness records will gradually single out the fitness use case.

3. VR accessories and peripherals are on the rise

In addition to regular headsets and controllers, new VR products in 2022 from leading vendors include more personalized accessories such as breathable sponges, feet, and myopic lenses. These accessories can expand on game use cases, create more creative experiences, and also help players solve the lack of experience caused by parameter mismatch.

Also Read :  The VR, AR, and MR interaction with AI in governance

Since the end of last year, the number of ads displayed on major video and social media platforms has increased significantly. Celebrity spokespeople and offline advertising allow more consumers to understand VR products that were previously positioned as niche products, driving the growth of the consumer market.

5. The number of content partners is increasing and they cover more areas

In addition to the leading game companies, the content partners of the new entrants are also reaching out to well-known video production companies, fitness stars and movie stars at home and abroad.

Based on the above products, IDC identifies four main findings:

1. Developer programs show that vendors will continue to increase investment in content development

Currently, vendors use different approaches to content development, such as centralized acquisition of content and games and then providing them for free to consumers, monetary incentives for developers, etc.

2. In the future, cameras will play a more important role in VR devices

Judging by the new color cameras equipped with new VR products, the cameras will play an important role in driving VR products to be more accurate in handle placement, eye tracking, and face recognition.

3. Gesture interaction applications are increasing because input methods are an important factor that affects the upper limit of VR devices

Current new products have already been equipped with rhythmic games with the possibility of gesture interaction. In the future, more interactive input methods will help enrich the use cases of VR devices.

4. In the future, retailers will target both high-end products and mass products

Unlike previous companies that rely on one kind of standalone VR product, in the future, vendors will develop multiple product lines for people with different consumer strengths and needs to better meet the needs of commercial and high-end gamers.