We catch up with Aditya Patel, Director of RPPL for an update on the inaugural Formula Regional Indian Championship, plans for Indian drivers in all forms of racing and more.

The Formula Regional Indian Championship – along with the supporting series F4 India and the Indian Racing League – was announced with a lot of aplomb last year. Things went quiet for a while as organizers worked through hurdles. But one revised calendar for 2022 was recently announced, with all three series to run under the Indian Racing Festival banner.

Anyone who follows the Indian motorsport scene already knows Aditya Patel as a proven racing driver. He now brings his experience behind the wheel and applies it to the organizational side of things as Director of Racing Promotions Pvt Ltd (RPPL).

Originally, the inaugural season was scheduled to begin in February 2022. But that didn’t happen due to production and pandemic-related delays. One of the main reasons for targeting the February-March slot was that it’s usually off-season for traditional racing championships, allowing for more drivers to compete. The same logic is why the debut season has now been pushed back to November-December 2022, with five rounds over five weeks.

“Most championships generally start in April and end in October, especially the European championships. So we had to postpone it until November and couldn’t do it in between, which is fine with us because the weather is good in most parts of the country,” explains Patel.

He adds that the F3 and Wolf cars (the latter used for the Indian Racing League) are already in India. The F4 cars have already been delivered to Italy in preparation and should soon reach India. “Everything is moving and now all the groundwork is being done to ensure the event goes well.”

One of the biggest names in junior single seater racing, Prema Powerteam has come on board as a technical partner. Patel goes on to clarify what that means: “Prema will be running the technical side of things, meaning providing us with the engineers, the chief mechanics, etc. to make sure everything is on par.”

It is the level playing field that will be a determining factor in the championships. Multiple teams compete in most international Formula Regional or F4 championships. As such, the title holders are often crowned based on which drivers end up on the fastest teams.

But here Prema will prepare and race all the cars in both championships, with theoretically the same machines available to all drivers. So it’s up to the drivers to show their skills on the track. “It offers a lot of comfort for the driver,” adds Patel.

Another major attraction is that drivers in both championships – Formula Regional and F4 India – are eligible for Super License points. Currently, Indian drivers need to raise large funds required for racing abroad if they want to accumulate super license points, but this opens up great opportunities for aspiring racers in the country.

“It creates the first step in earning your super license points for racing in Formula 1. Everyone knows how important it is to be young and if you lose a year in a championship that doesn’t give you those points then everything builds later up. At the end of the day, F1 teams lose interest in you when you’re too old,” says Patel matter-of-factly.

“The good thing is that F4 drivers can start accumulating super license points at the age of 15. So if they’re really good, they can be in F1 as a teenager and I think that’s what most drivers – not just Indian competitors but international competitors – look forward to.”

The Indian Racing Festival creates a much-needed ladder structure for Indian racers looking to break into international motorsport. F4 India offers the opportunity to take the first step from karting into the world of single seater racing. The winner will receive a complimentary ride in the following year’s Formula Regional Indian Championship. The winner of Formula Regional India will in turn compete in F3 Asia.

Essentially a revamped version of the X1 Racing League, the Indian Racing League will continue the format of franchised city teams. It will be mandatory for every team to have a female racer.

The international drivers have been signed, while the Indian drivers should be shortlisted by the end of September. 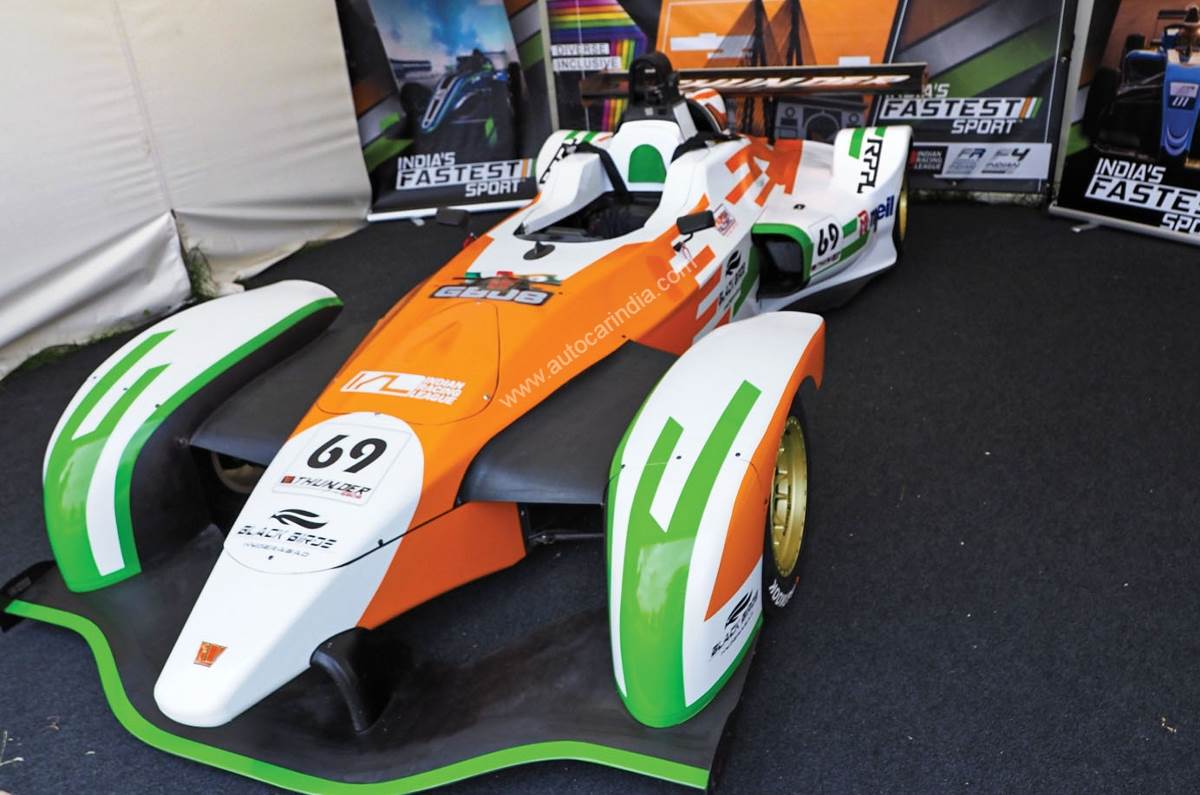 Outside of the scheduled test days, all selected Indian drivers also go through a training process. “Most of the international drivers that we have put together already have a lot of experience. It will therefore be important that the Indian drivers also bring themselves to a certain level,” explains Patel.

There are plans to support this ecosystem as well – Mumbai Falcons owns all the cars while developing a new home base for testing CoASTT track in Coimbatore. “Once you own the cars, you don’t have to worry about planning everything for when the cars are going to be in the country. We can have proper driver development programs that we have planned for next year and testing is most important,” says Patel.

“With most drivers from India going abroad and racing, testing is usually limited because the cost is ridiculous. while in India it would cost a fraction of that. For drivers living in the countryside, they can run multiple days of testing at a much lower cost. I think it will help us if a lot of riders start competing in more international competitions.”

The Indian Racing Festival is just the beginning and RPPL already has some big plans in mind to further nurture Indian talent and make the country a true racing hub.

Patel reveals that in addition to expanding the Indian Racing Festival into an international event, there are also plans to explore GT racing. He outlines the ambitious goal of having Indian representation in every form of racing – “Aside from getting drivers down the ladder to F1, [the goal is] also to spread our wings in the world of motorsport and have drivers in pretty much every championship you see out there – be it GT sportscars, Le Mans etc.